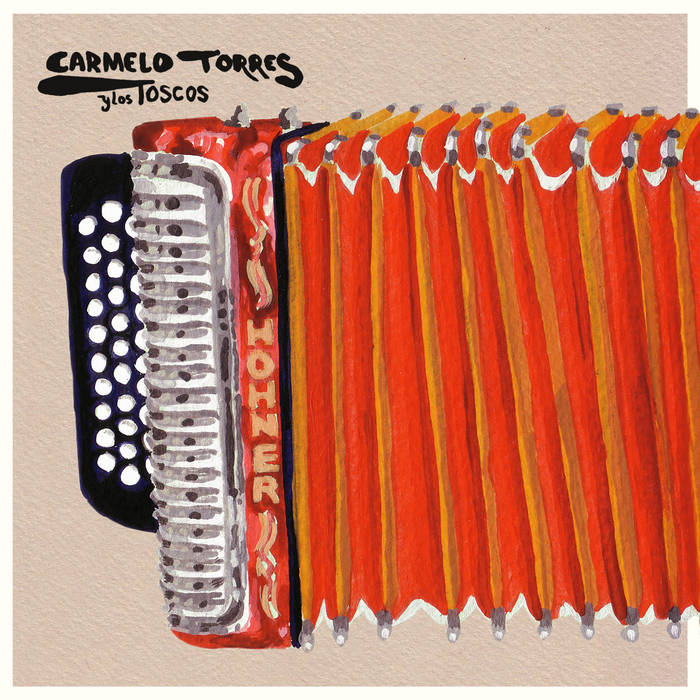 Names You Can Trust presents the debut release from Carmelo Torres y Los Toscos. Featuring acclaimed accordionist Torres, the greatest living representative of the San Jacinto accordion-led cumbia style he inherited from his teacher, the legendary Andrés Landero, these recordings are the quintessential bridge between the old and new generations of Colombian musicians. Backed up by Los Toscos, a new ensemble comprised of some of Bogota's finest musicians including NYCT alumni Mario Galeano on guacharaca (Frente Cumbiero) & Pedro Ojedo on drums (Romperayo), the resulting connection is a yet unheard of concoction of Colombian roots and Garage Fuzz. Torres' expertise on the accordion glides over the high octane rhythm section, employing electric guitars and bugged out synthesized squelches that transform the A-Side original El Chacho into a wild vallenato gone psychedelic improvisation, while the B-Side version of the classic La Camisola is morphed into an epic uptempo proto-punk/garage rock re-imagination. With the vinyl version housed in a beautifully designed doubled sided deluxe folder from renowned artista Bogotano Mateo Rivano, it's another glimpse into the burgeoning scene of Colombia's capital.