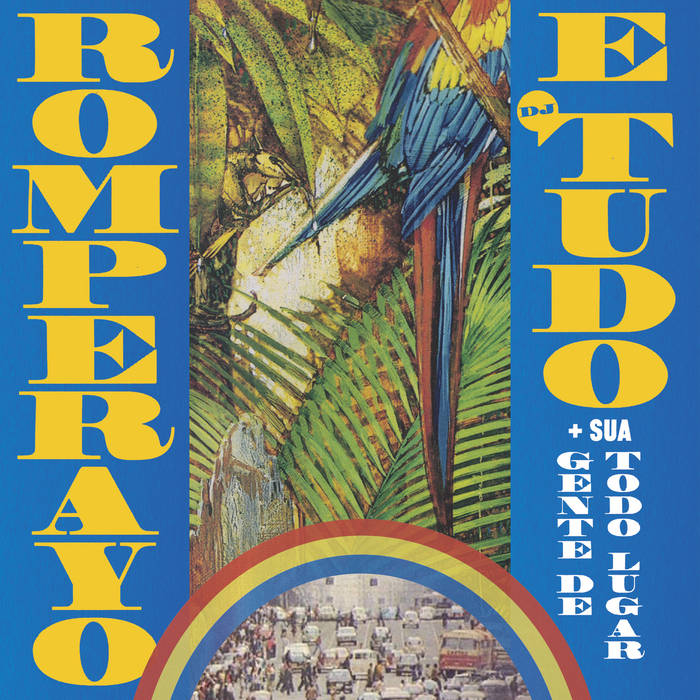 Take a ride down to São Paulo, Brazil for a remarkable one-off recording session between Colombia’s Romperayo and Brazilian producer / musician DJ Tudo. Featuring the latter’s suitably titled house band, Sua Gente de Todo Lugar (the People From Everywhere) as well as the wild boys of Romperayo, including band leader and drummer mastermind Pedro Ojeda. The music captured at this meeting is a truly unique combination of genre-bending South American aesthetics and forward-thinking creativity, a wild and provocative session of big brass, tropical rhythms and Brazilian / Colombian roots, all rolled into one. Presented in a deluxe double 7-inch package, the recording consists of two songs each from the progressive producers, recorded in tandem. The two sides of Record One feature Romperayo’s signature swing, boisterous and bold originals that perfectly encapsulate the group’s manic musical manifestations and talented disposition. Record Two features a pair of originals from DJ Tudo, a cool and breezy shot of Brazilian foundation, gone electric. It’s the combination that makes this session spectacular, as the musicians take center stage, the lead constantly in flux, yet floating harmoniously above the backdrop of the loaded percussion ensemble. It’s a breakthrough of styles and traditions at once, a joyous “Rhythmic Emancipation” for all to enjoy.